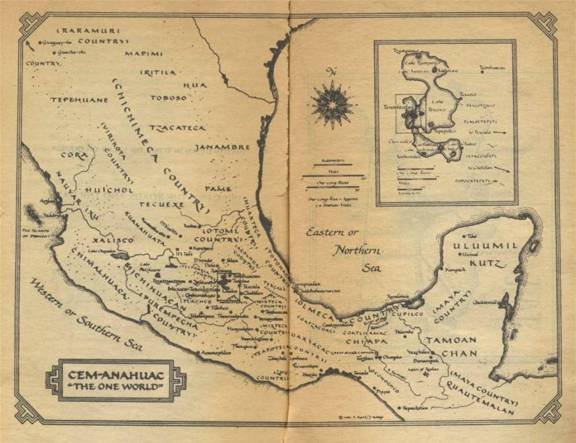 The birth of a great people occurred after the conquest of Mexico and the mix of Spanish and indigenous blood:

All mixed bloods were called castas... These street people, who huddled, starved, and begged on every corner of the town... were known as leperos. Social lepers, they begged, did odd jobs, and robbed. By the seventeenth century, mobs of leperos thronged the capital and constituted a growing threat to public order. They could be wantonly destructive, even murderous... they were the first Mexican bandits...

The lepero lived as he could... ready to cut either a throat or a purse, begging for food or work, screaming under the whips of the town authorities...

Ironically, the leperos were to survive, grow, and finally inherit modern Mexico. They proved, not the degeneracy of man, but mankind's tenacity in the face of hideous adversity.

Does any man truly know who his father is?

Often not a whisper of trouble reached the accused until the blow actually fell... Kept in solitary imprisonment, cut off entirely from his friends outside, denied the sympathy of support he might derive from their visits or communications, he was left to brood despairingly, a prey to agonized doubts, in ignorance even of the charges brought against him.

As Capitan of the Guard for Your Most Excellency's prison, it has been my duty to examine one Cristobal, known to all as Cristo the Bastardo, a notorious bandit, seducer of women and leader of rabble.

As Your Excellency knows, this Cristo is of tainted blood, specifically that category of mixed blood the law defines as a mestizo because his father was a Spaniard and his mother an Aztec india. As a mixed blood, he is without the protection of the law given to Spaniards and indios, and there are no legal prohibitions against either his torture or execution.

The examination of this thief and murderer of uncertain parentage and tainted blood has been neither pleasant nor profitable. Your instructions to me are to pry from his lips the location of the great hoard of booty that he seized by banditry, treasure acquired by insult to His Most Catholic Majesty in Madrid and to you and other citizens of New Spain, the rightful owners thereof.

You also commissioned me to obtain from his lips the whereabouts of the Aztec india who is said to be his mother. The woman has publicly denied birthing the bastardo but whether that is the truth or she has contrived such a story because of his tainted blood will not be answered until we find her and give her a taste of the truth-extractors we have in this dungeon prison.

I confess, Most Excellency, that the task you have given me is more difficult and odious than the Herculean labor of cleaning the cattle stables of King Augeas. It is most repugnant to have to question this half-caste son of a puta, a street whore, as if he were a legal person, rather than simply hanging him. However, the dead tell no tales and despite my ardent wish I am forced to simply seek the information by torture rather than dispatching him to el diablo, his master.

We began the interrogation with the cord-and-water method. As Your Excellency knows, we place the knotted cords around the prisoner's limbs and twist them with a rod. Five twists are generally sufficient to elicit the truth, but it did nothing to this madman except excite laughter. We then increased the twists and wet the cords to create shrinkage, but still no words of confession or repentance spilled from his mouth. We could not use the cords on his head for fear it would pop his eyes out and prevent him from being able to lead us to the treasure.

The water-and-cord treatment works well on shopkeepers and women, but it is not the equal of a determined rogue like this bastardo. Our small, colonial dungeon lacks the implements of a large prison. I have requested on a number of occasions instruments more suitable for the third degree of questioning than what we have available. My special interest is in one I observed when I was a young guard in Madrid's Saladero, that most famous of all prisons. I speak of the "Bull of Phalaris"; the mere threat of it often loosens the most silent tongues.

The bull is said to have been the invention of Phalaris, the tyrant of ancient Acragas in Sicily. To create this monster, Phalaris had a great bronze statue of a bull constructed, with the inside of the beast hollow. Those put to the question were shoved inside the bull through a trapdoor and roasted by a fire built underneath. Their shrieks thundered from the bull's mouth, as if he were roaring. It is said that Perilaus, the designer of this fiend's delight, was the first person to experience his own creation when Phalaris had him placed in it. And that Phalaris himself was ultimately roasted in it.

But I am certain you know all these facts, Excellency. Perhaps in the next dispatch to Madrid, we should request one of these bulls. Its bellowing would reverberate throughout our small prison and crack even our most recalcitrant felons.

Because I realized this Cristo the Bastardo was not an ordinary criminal but a demonio, with your permission I sought out a man who has experience dealing with those whose lips are sealed by the Dark Master. My search led to Fray Osorio, a Dominican monk in Veracruz who has gained great expertise at examining for the Holy Office of the Inquisition secret Jews, Moors, sorcerers, witches, warlocks, and other blasphemers.

Your Excellency may have heard of this priest. As a young man he was one of the examiners of none other than Don Luis Rodriquez de Carvajal, the notorious Judaizer who was burned along with his mother and sisters before a large crowd and all of the notables of our Most Loyal City of Mexico.

It is said that Fray Osorio heard the recantations of the Carvajales and personally strangled each one of them at the stake before the burning. As Your Excellency knows, once the condemned is tied to the stake, if they repent an iron collar is placed around their neck and twisted by a screw device from behind until the person dies. Garroting those who repent at the stake is not the province of a priest, but the fray acted with great piety and mercy in performing the task since strangulation kills quicker than the flames.

I was new in the viceroy's service at that time and can testify to the truth of this matter because I was assigned to the burning as a guard.

Fray Osorio answered our peticion for assistance and graciously left his duties with the office of the Holy Office in Veracruz to interrogate this bastardo with the given name of Cristobal. The good fray practices the dictates of the founder of his Dominican order, the sainted Dominic, the first inquisitor, who advised that when dealing with blasphemers and heretics, we must fight the devil with fire and told his followers that "when kind words fail, blows may avail."

The fray began by loosening the prisoner's tongue with blows from a gato desollar, a skinning cat. The hemp cords of this whip are soaked in a solution of salt and sulfur and imbedded with small, sharp pieces of iron. It can reduce the skin and flesh to pulp in a short time. ?Que diablo! Most men would repent and beg for mercy at such a taste of this venomous tail, but lashing of this devil worshipper opened a flood of the most blasphemous and treasonous statements from his foul mouth.